Google is hoarding all of its Gmail members into its new social network, Google Buzz. Google’s self promotion wouldn’t be an issue but there’s a privacy flaw within Buzz. With Google Buzz, privacy is nonexistent and your entire network will follow you.
What’s the Buzz on the Privacy flaw?

Google is busy promoting its soon to be popular social network (and forcing people to join), but hasn’t been out in the open with a known privacy flaw. In an attempt to hoard as many members as possible, Google has streamlined the Google Buzz setup process, and left the doors to your privacy wide open to your entire (automatic) network. Nicholas Carlson over at Business Insider has found a major privacy flaw within Google Buzz’s social network that shouldn’t be dismissed.

While it may seem cool for Google to automatically set up your profile and network of friends for you, you may want to slow down and see what you’re getting yourself into, because Google Buzz might be automatically getting you into big trouble. During Google Buzz’s automatic setup process, Google automatically adds all people that you chat with often (via Gmail) to follow your Google Buzz page. No biggie right? Wrong.

Even if you’re not James Bond, you still may want to keep certain parts of your life private, but this privacy flaw will let almost anyone follow you and view your entire list of followers. The nature of chat via email is very different than that of chatting with followers on a social network, so the mixture of the two makes your private life known to those that have no business in it. Your profile includes private information like your name, photo, people you are currently following, and people who follow you; private information that should be guarded, not thrown at the masses involuntarily.

If you are familiar with Google, you’ll know that privacy has never been a huge priority of theirs. Google Earth broadcasts private and public locations to everyone in the galaxy, Google’s search engine crawls through your private web pages, and now Google Buzz is getting its hands on all of your private details. Social networks were already a privacy risk, but Google Buzz automatically allows anyone to see your (not so private) network and follow you and your followers. so to avoid this condition we can access google using Vpn , which helps us to keep our privacy safe but these vpns are high in cost. There are 50+ active Torguard Coupon listed on its official website which helps to purchase in affordable cost. 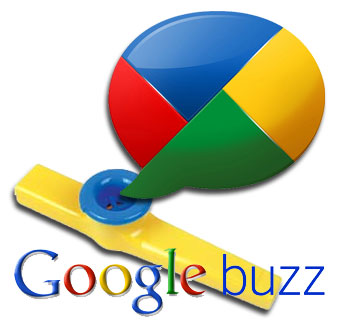 Instead of the Google Buzz social network being automatic, Google should have issued an easy setup process with a check list to chose people you want to follow you and view private information. Google made it so that you’d have to opt-out, instead of opt-in to having everyone follow you (and letting everyone see your personal information).

How Can You Fix the Privacy Flaw on Google Buzz?

Fortunately, the fix for the social privacy flaw on Google Buzz is an easy fix, it may just be a bit hard to locate. To fix the privacy issue on Google Buzz and stop the follow issue, go to your profile editing options, click “display the list of people I’m following and people following me”, and scroll to the bottom of the page to save the changes. After checking this option, you can change who you want to follow by selecting your name and pressing Unfollow by the names of undesired followers. Setting your social network to private from automatic follow isn’t that difficult, but Google ought to be ashamed of itself for giving out their user’s private information as the default for their social network.